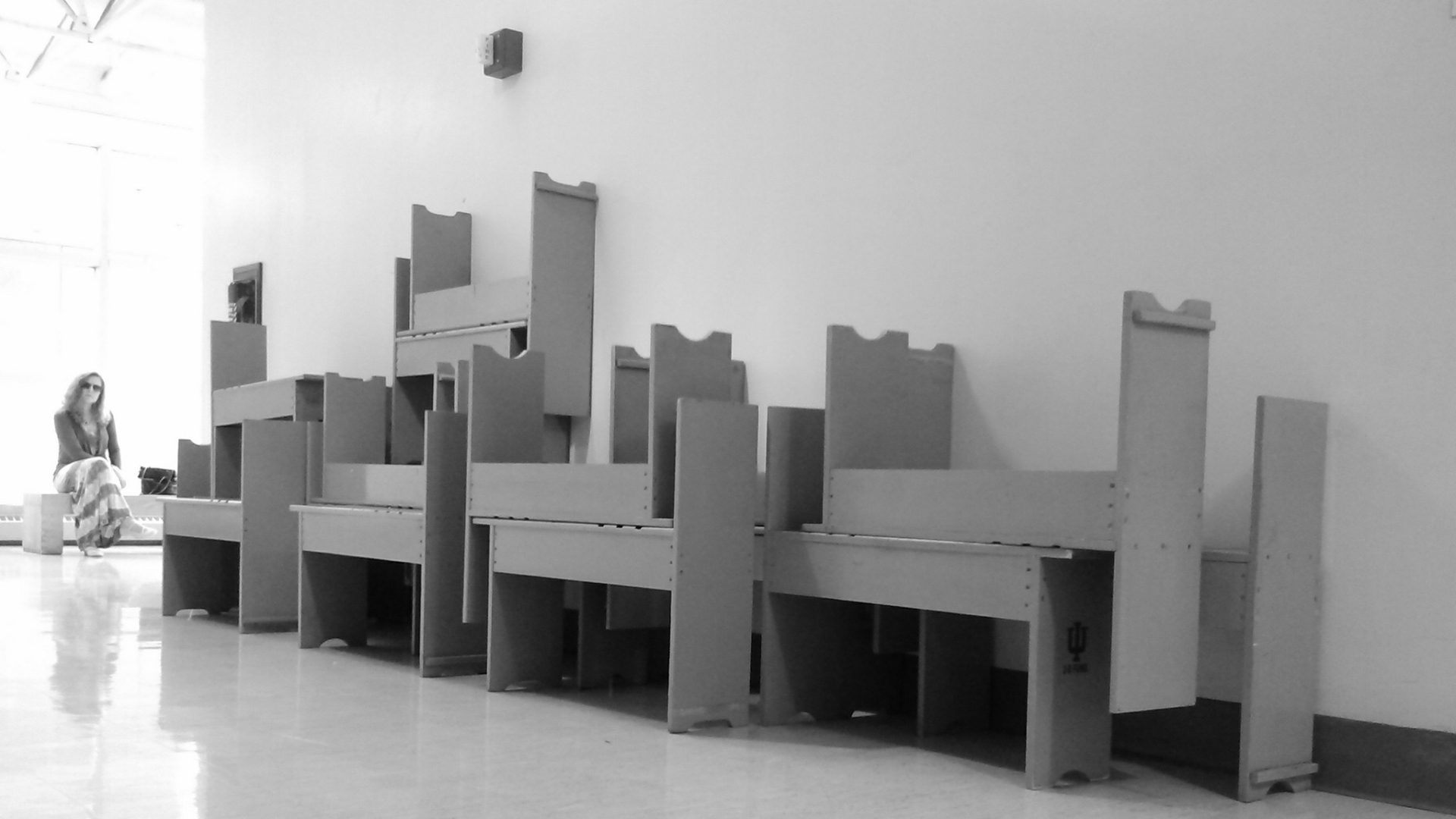 This piece, originally published on my personal blog, Tiny Mantras, was honored as one of BlogHer’s 2010 Voices of the Year.

She was my mean girl in high school.

I dreaded going to school. I dreaded the classes we had together.

I was sure it was her that scrawled the word “bitch” on my locker or my notebook that one day in French class, that she convinced one of her friends to do it. I remember the whispers, the loud mocking laughs paired with sharp glances my direction. There was a boy we had in common. And I had just switched back to public from private school, which automatically branded me elitist.

She and I made dramatic gestures to turn ourselves into friends in front of teachers and counselors, or at least make ourselves into non-enemies, but they didn’t seem to last. There was weirdness, and fundamental mistrust. She, like so many things about high school, made me restless and anxious to leave. So I did. I made my junior year into my junior/senior year so I could be far from proms and football games and mean girls and graffiti before I turned 17.

The other day, Facebook sent me some message that one guy or another wanted me to confirm that we were classmates on some application or other. I clicked there and looked around and suddenly there she was, the same big eyes, the same perfect makeup, the same smooth hair.

For some reason her profile is public, so naturally, I look. I wonder who she has become, if I could learn something that would make her more or less horrible in my memory, if we share anything. She is single, I see. There are a lot of pictures of her alone or with pets. There she is at our reunion, which I’d never dream of attending, photographed with a couple of other women that I hope to never see again. And then there are pictures of her with family. Of her radiant and pregnant. Of her pained and in labor.

And then one of her with severely bloodshot eyes, her face smeared with tears. She is holding a tiny, swaddled, lifeless baby. She looks throttled by grief. Or shock. Or something I can barely begin to know how to understand.

“Don’t be sad,” the caption of the picture says. “We loved her very much.” There are no comments or condolences, no words of encouragement beneath it. Just those words. Her own.

I feel it in the pit of my stomach – how brave this is, putting that experience of motherhood, that grief, right out there where high school bitches can run into it haphazardly. It answers questions. It keeps out the riff-raff. It shares something horrible and intimate and defining.

I wonder if I was a mean girl, too. If we were mean to each other. Did I steal her boyfriend? Not according to him, but he was a teenage boy, and I was in that private school at the time, so maybe I don’t know. Did she know how cruel her actions felt? Maybe she did. Maybe she didn’t. Did I do anything cruel? I don’t remember. I might not have had the social currency that she did, but I know I was hurting in that environment, so probably.

I don’t live with mean girl scars on the surface of my life the way they do in the movies. There are moments when they suddenly swell and pulse, but I don’t long to show up at reunions with high hair and fashion gear, claiming that I invented the Post-it note. High school wasn’t always a social joy, but I’ve had lots of social joy since then.

I wish she could remain my two-dimensional high school mean girl. I could go on with my reunion-less life, letting her be one of the caricatures from my teenage years that I haven’t seen since. I wish that grief-smacked expression never had to cross her face. I wish I could look at her Facebook photos and see her daughter alive, twirling in the sunlight. I’d buy her big, stinky red permanent markers and offer up my locker, my car or my teenaged forehead for 100 bitch stamps to change things for her if I could.